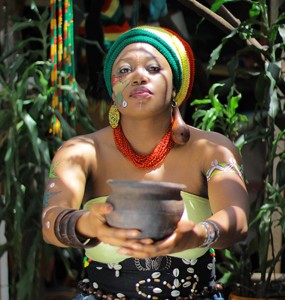 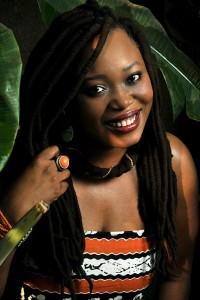 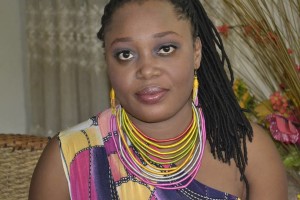 Kirii’ah Mekongo is that which can be defined as a distinguish artist, an angelic voice that swims between the alto and the soprano, a gentle mix of reggae, soul, jazz, afro beat and RnB.  Welcome to the universe of the world music, this Afrocentric artist takes no risk in doing music, she has a talent to sell and she reinvents herself in every song.  At 15, she began writing poems, and at 17, she began singing by transforming her poems into songs.  Between 20 and 22, she made her first appearance in some night clubs in Yaounde and Ebolowa with her group the Kobakiriband which unfortunately did not last long. As such she decided to concentrate in her professional career since she had been a brilliant student at school.  10 years later she is back with a huge artistic package, because she never stopped writing songs.  Determine to realize her dream of becoming a full time musician, she is preparing her first album with colors that characterized her childhood.

KIRII’AH or “see you tomorrow “in her mother tongue (Eton) simply means in other words, no matter the situation of today the best still has to come. Involved in the world of humanitarian actions, she shows goodwill and personal engagement in this universe that requires a lot of sacrifices as far as time is concerned.  Despite her busy schedule this musical passionate always finds time for her first love, music.  She sings in Eton, Ewondo, French, and English.  In April 2012, she created the association “Voices of Hope” with a group of friends, a non lucrative socio-cultural association which has as objective to promote peace and human rights across arts and the training of underprivileged children and youths in the domain of arts, especially those who have disabilities.