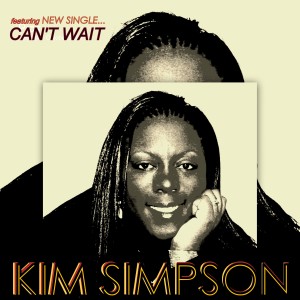 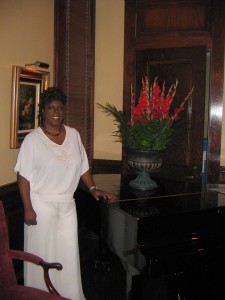 For the past decade, Kim Simpson has been active within the field of music and entertainment.  She released her debut gospel single “Can’t Wait” on iTunes and has written more songs and collaborated with musicians to produce other songs that will be officially released in the very near future.  Currently, she is a part of the cast for the Gospel Stage Play “Ain’t Too Proud To B.E.G.” produced by Jacky Clark-Chisholm of the Grammy Award-Winning Clark Sisters.  She will be acting and singing in the play that began May, 2014.  Kim is a trained voiceover talent and received training and coaching through Such A Voice, Inc. out of Vermont.  Kim has over 10 years experience working as an office executive in the tradeshows industry and was formerly employed with AMC, Inc./Americasmart, the #1 tradeshow company in the world, located in downtown Atlanta, GA for 11 years.  Part of Kim’s responsibilities as a Board Member for Dreams Made Real (DMR) will be to help with the development and implementation of DMR’s global licensing, entertainment, promotion, financial and retail strategies for bringing positive, inspiring entertainment to the world.  This includes: internet radio, introduction and development of new artist promotions and marketing events /strategies in line with the company’s mantra of positivity, event planning and community outreach and restoration.

Kim has served in her church as a leader on the Praise & Worship team for almost 8 years.  Her Praise & Worship team was an opening act for the Live 20:20 concert featuring renowned gospel artists, Yolanda Adams and Hezekiah Walker in 2010.  She is a devout Christian and believer in Jesus Christ.  Kim is married to her husband of 10 years, Alton E. Simpson.  They live in Duluth, GA.
Please follow and like us: